Bill Dana, who died on June 15th, at age 92, was a very funny comic actor and comedy writer--best known, certainly, for his "Jose Jimenez" character, which he first performed on The Steve Allen Show in 1959.

Here is an enjoyable sketch--or at least part of a sketch--performed in the 1960s by both Mr. Dana and Ed Sullivan, on Mr. Sullivan's television show:

There are a couple of very interesting things I learned about Mr. Dana, after he died (via obituaries about him).

I had never known that Mr. Dana--writing material for comedian Don Adams--came up with the idea for Mr. Adams's "Would you believe?" routine, later made famous on Adams's 1960s television series Get Smart;  I also never knew that the routine had been seen on television prior to Get Smart.

Here, from YouTube, is part of an episode of The Bill Dana Show, which aired on NBC from 1963 until the start of 1965, and featured Mr. Dana as Jose Jimenez; it also featured Don Adams, in a supporting role. (Get Smart would make its debut in September of 1965, eight months after The Bill Dana Show left the air.)

A "Would you believe?" joke can be seen at approximately 1:30 in the video.  Also seen in the video, in addition to Mr. Dana and Mr. Adams: actor Jonathan Harris, a regular on the program, who later starred on the series Lost in Space. (He appears at about the four minute mark, in the video.) 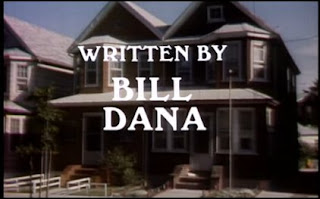 Here is the full episode, titled "Sammy's Visit," from YouTube:

Lastly, here is an obituary about Mr. Dana, from The New York Times: 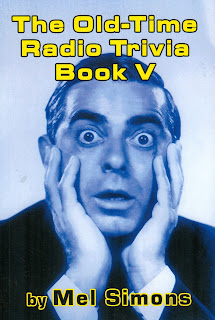 This is my friend Mel Simons' latest book--the fifth in his Old-Time Radio Trivia series. (That is, of course, comedian Eddie Cantor on the book's cover.)

Here is a page, at the BearManor Media website, featuring the sixteen books by Mel that the publisher has brought out.

Here, too, is Mel's web address: