In the next several days

This Saturday night/Sunday morning (after the 2 a.m. news), I'll be appearing on "The Jordan Rich Show," on WBZ Radio in Boston, to talk about "The Lucky Strike Papers." Jordan's show airs three nights each week: overnight on Friday/Saturday, overnight on Saturday/Sunday, and on Sunday evening between 10 p.m. and midnight. (Jordan's web address is: http://jordanrich.com/)

Yesterday, too, I taped an interview which will be airing this coming Monday (June 30th), between 11 and 11:30 a.m., on Newton, Mass. radio station WNTN (1550 AM). I enjoyed speaking with Sybil Tonkonogy, who has been a talk show host at the station for many years--and was particularly pleased to be able to appear on the show (called "1550 Today"), in that I grew up in Newton.

Also on Monday, between 10:30 and 11:30 a.m., I'll be discussing "The Lucky Strike Papers" at the Pompton Lakes (New Jersey) Public Library, as part of the Library's "Bagels & Books" series. The library is located at 333 Wanaque Avenue, in Pompton Lakes. For further information about the event, contact the Library's Joan McGrath at 973-835-0482.

In addition: on Wednesday, July 2nd, between 4:30 and 5:00 p.m., there will be an interview on station WINA-AM in Charlottesville, Virginia. The show, "Charlottesville--Right Now!", is hosted by writer Coy Barefoot. Between 1995 and 1997, it so happens, I was the host of a weekday afternoon talk show at the station. I'm looking forward to being on the station again, if only briefly.
Posted by Andrew Lee Fielding at 10:29 PM 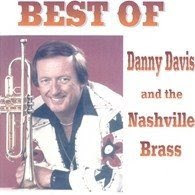 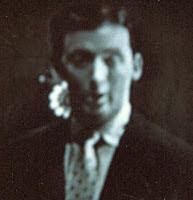 Danny Davis, who achieved great prominence with his Grammy Award-winning musical group “Danny Davis and the Nashville Brass,” died on June 12th in Nashville. He was 83.
Davis, who founded the Nashville Brass in the late 1960s, was born George Nowlan, in Dorchester, Mass. During the big band era, he played trumpet with the orchestras of Gene Krupa, Art Mooney, and others. In 1951, he played with Freddy Martin’s orchestra, on Martin’s NBC-TV series, and was one of the “Martin Men,” the show’s vocal group, made up of sidemen from the band. He also sang solos on the show, and appeared in the show’s commercials for Hazel Bishop lipstick, the show’s sponsor.
Later--before founding the Nashville Brass--he became a well-known record producer.
Above: pictures of Danny Davis. The black and white photo is a Polaroid picture I took today, of a video I have, made from a 1951 “Freddy Martin Show” kinescope. The picture is of Davis—at the time, still known as George Nowlan—singing the show's Hazel Bishop jingle.
To read more about Davis: http://www.tennessean.com/apps/pbcs.dll/article?AID=/20080612/TUNEIN/80612124/1005/ENTERTAINMENT
Image of "The Freddy Martin Show" used by permission of NBC Studios, Inc.