Kevin Meaney has for years been one of my favorite comedians.  He was extremely--and uniquely--funny.

I loved his style, as a comedian, and always loved, in particular, his imitations of his mother--a well-known part of his act, featured in the video below, from The Tonight Show with Johnny Carson. Also featured, toward the end of the video:  Mr. Meaney singing a song, "I Don't Care," another well-known routine he did.  ("I don't care, I don't care, My jokes don't go over I don't care...")  It's just hysterical.

(I don't know what year the video below is from. Mr. Meaney first appeared on The Tonight Show in 1987, and made--according to his website--a dozen appearances on the program after that.  For a moment, at the start of the video, you can see Jay Leno--and so the appearance is either from the late 1980s or early 1990s, when Mr. Leno served as Johnny Carson's regular guest host.)

Mr. Meaney died last Friday, at age 60, and I was so sorry to learn about it.

In August, I began subscribing to the Old-Time Radio newsletter Radio Recall--published six times each year by the Metro Washington Old Time Radio Club.  Its editor is Jack French, who is prominent in the OTR community, and whose books include 2009's Private Eye-Lashes: Radio's Lady Detectives.

I learned, in the August issue of the newsletter, that Mr. French, who has edited Radio Recall for more than two decades, will be leaving his position as editor following the April of 2017 issue.

I congratulate Mr. French on his tenure at Radio Recall, and also offer my congratulations to Martin (about whom I've written on several occasions, in this blog), regarding his forthcoming editorship of the publication. (In a post last week, I mentioned the Mid-Atlantic Nostalgia Convention, which Martin co-founded with his wife Michelle.)  Martin is (to echo Mr. French's words) an outstanding OTR researcher, as well as being a researcher of considerable note regarding television. (One of his best-known books is about TV's The Twilight Zone.)  In addition to the many books he's written, he writes regularly for such publications as Radio Recall and Radiogram (the latter being the newsletter/magazine of the group SPERDVAC--the Society To Preserve and Encourage Radio Drama, Variety and Comedy). He also appears throughout the country to speak about his books and his research--in addition to overseeing the yearly Mid-Atlantic Nostalgia Convention.

By the way: in this space I've also written, in the past, about the blog "It's About TV," written by Mitchell Hadley.  Here is a September post from "It's About TV"; it's an enjoyable report, by Mitchell, about attending the Mid-Atlantic Nostalgia Convention. (Mitchell and I have been in touch by e-mail, over time.  We did not, unfortunately, cross paths at the convention last month; as mentioned in my last post, I was there somewhat briefly.)

In the above post, Mitchell wrote this, about one of the convention's presentations (by author and commentator David Krell):  "David Krell had perhaps the most informative talk, at least in regards to what I do.  He spoke on the year 1962, describing how an original idea to write about that year's baseball season had evolved to discuss the many notable things that had happened that year in politics, pop culture, and history. (The Cuban Missile Crisis, Marilyn Monroe's birthday song to JFK, and John Glenn's flight were only three of that year's events.) Krell's talk helped me solidify the structure of my own upcoming book on the relationship between television and pop culture, and to understand why it takes decades to understand the impact of a particular era."


I was delighted to learn that Mitchell is working on a book about television--and I look forward to reading it, whenever it is released.
Posted by Andrew Lee Fielding at 7:07 PM

A new book by Mel Simons

Last month I was in Hunt Valley, Maryland, to attend this year's Mid-Atlantic Nostalgia Convention. Though I was, unfortunately, at the convention only briefly, I spent time, while there, with a number of friends.

One of the friends was Mel Simons; I have referred to him a number of times, in this space.  He is a Boston-based comedian, entertainer and radio personality--and is the author of more than a dozen books, including titles about Old-Time Radio, Old-Time Television, comedians, movies and music.  Many of the titles are trivia-oriented, and a few--such as Voices from the Philco, and Old-Time Television Memories--are made up of interviews.  All of the books have been brought out by BearManor Media. 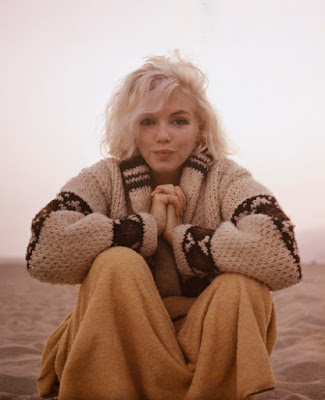 Here is an obituary, from The New York Times. 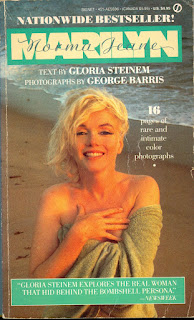 The picture above, which appears in the Times story, was the last picture taken by Mr. Barris of Ms. Monroe, during her last photo session, in July of 1962; she died the next month.

It is a beautiful picture, one of my favorites of Monroe, as is another taken in 1962 by Barris, which appeared, notably, on the cover of a 1980s book--Marilyn: Norma Jeane--featuring text by Gloria Steinem, and Barris's photographs. The image, to the left, is of the book's paperback edition (Signet/New American Library), from 1988.