Bob Schieffer's last Face the Nation broadcast takes place Sunday morning, on CBS.  Mr. Schieffer is retiring, after a long and very distinguished career.  I've admired him for years; he's a superb reporter, political analyst, anchorman, and host. Like many other television viewers, I will miss watching him.

Here's a story about Mr. Schieffer, and his career, from Friday's New York Times:

By the way, I recommend Mr. Schieffer's 2003 memoir, This Just In: What I Couldn't Tell You on TV. 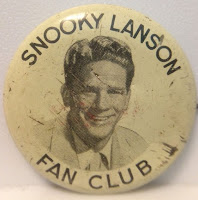 For sale on ebay: a "Snooky Lanson Fan Club" button.  The date of the button is not specified, but one assumes it was produced during the period Lanson sang on Your Hit Parade, on NBC-TV.  He starred on the program from 1950 until 1957.

"Our Long National Nightmare is Over"

The S.S. United States, and Your Hit Parade

I've written previously, here, about the last telecast of NBC's Your Hit Parade, for the 1951-1952 season. The broadcast took place on the S.S. United States luxury liner, five days before the ship's maiden voyage.

I recently came across this button, which had been in a drawer at my father's apartment, along with old family photos, letters, keepsakes, and the like.

I don't know if such buttons were used by Hit Parade cast and crew members, during the days of rehearsals leading up to the S.S. United States broadcast, or on the day of the broadcast itself.  Yet the word "Staff," or a similar designation, does not appear on the button; perhaps, therefore, it was a souvenir for audience members who attended the telecast.  Whatever its purpose, I like how it looks.

The use of multiple names was, similarly, attached to the radio version of the Hit Parade, which aired from 1935 until 1953.  It, too, was officially titled Your Hit Parade, and was referred to, on the air, as such.  Yet there were, as well, the variant usages. 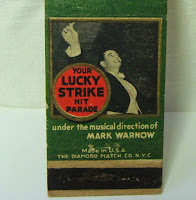 A current auction on ebay, for example, is for a promotional item for the radio program--a matchbook cover (see left), featuring bandleader Mark Warnow;  he led the orchestra on the Hit Parade radio show for a number of years. The matchbook cover refers to "Your Lucky Strike Hit Parade." (In 1949, when Warnow died, his role as orchestra leader on the show was taken over by his younger brother, Raymond Scott.  Mr. Scott also joined the TV version of the show, when it began airing in 1950.)

Here is the link for the ebay auction: 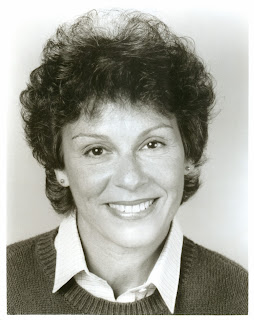 This blog is often concerned with commemoration.  I am aware that it is also, not infrequently (and perhaps increasingly so), about loss.

Here is another photo of my mother, this one from later years. The picture, which she used professionally, is undated, but I believe it is from the late 1980s or early 1990s.

She died in 2001 (fourteen years ago today), at age 73. I continue to be routinely and deeply aware of her absence, of the loss.
Posted by Andrew Lee Fielding at 3:27 PM 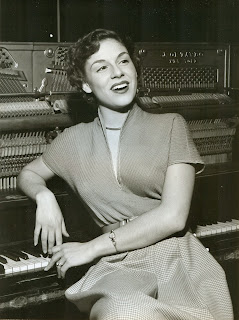 I recently found this nice photograph, on ebay; I had never seen it before.  It is of my mother, from the end of 1949.  She was twenty-one, at the time the picture was taken, and was one of the featured singers on Kay Kyser's new weekly television program on NBC; the show began airing at the start of December, that year.  My parents had been married in August.

She sang on Kay Kyser's show until the end of 1950, when the program went off the air. 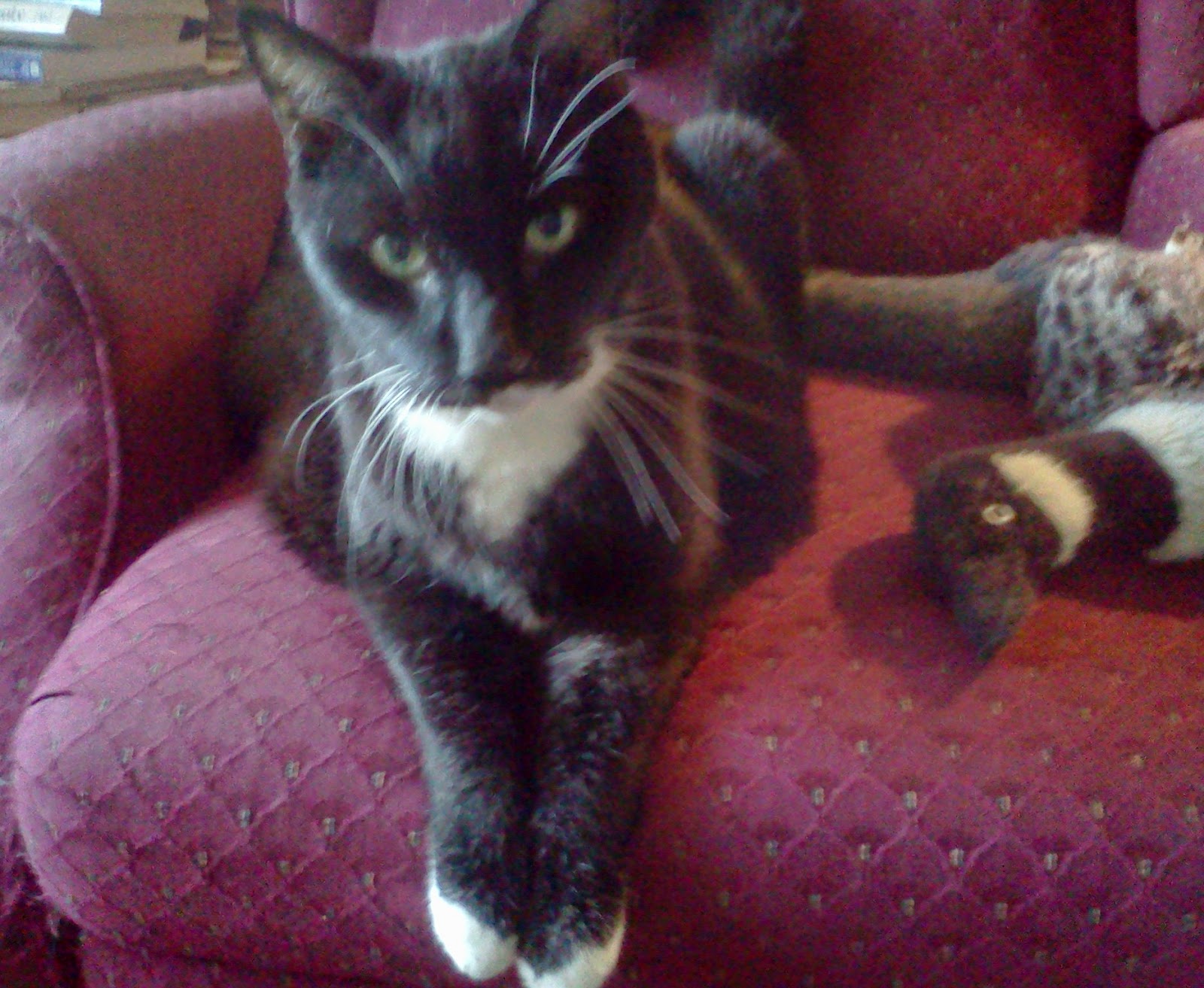 This is a 2013 picture of Zorro.  He died a year ago this past Sunday, at age seventeen.  He was gentle, sweet, and beautiful, and I miss him a great deal.
Posted by Andrew Lee Fielding at 4:24 PM