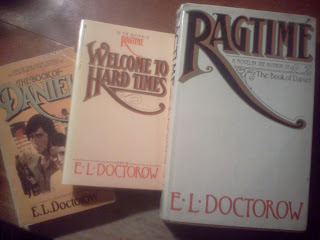 He wrote such rich, beautiful novels.

In April, I wrote about the passing of Ray Charles--often called the "other" Ray Charles.  He was a prominent vocal arranger, composer, singer and leader of the vocal/choral group The Ray Charles Singers.

After Mr. Charles died, I had an e-mail exchange with Jan Malvin.  Her mother, Irene Malvin, and her late father, the singer Artie Malvin, were close friends with Ray Charles and Charles's late wife Bernice.

In a more recent exchange, I asked Jan Malvin if she could send me a photograph or two of her father and Ray Charles.  She sent the picture below, which is from the 1980s or early 1990s.

Artie Malvin worked with Ray Charles for years--in recording sessions, and as one of the "Hit Paraders," the vocal/choral group on the 1950s television show Your Hit Parade.  The Hit Paraders--like Charles's own Ray Charles Singers--were hired by Charles, were overseen by him, and he wrote all of the group's arrangements.

The Hit Paraders were a key part of the TV program--and not only vocally.  In addition to singing on the show--both on-camera, and off-camera--members of the Hit Paraders routinely acted in the show's musical production numbers (as did the show's dancers).

Mr. Malvin joined the cast of the Hit Parade in 1950, the year the television program went on the air.  He remained with the show for much of the 1950s.  My mother, Sue Bennett, knew him well, from her time on the Hit Parade (1951-1952), and spoke of him with great fondness.

Mr. Malvin was one of the best known of the TV show's Hit Paraders--having been a vocalist, in the early 1940s, with Claude Thornhill's orchestra, and later (as Cpl. Artie Malvin), singing with Glenn Miller's Army Air Force Band.

After World War Two, Mr. Malvin sang with Tex Beneke, who had taken the helm of Glenn Miller's orchestra.  (In 2013, the CD label "Sounds Of Yesteryear" released a collection featuring Mr. Malvin's vocals with Glenn Miller and Tex Beneke:  http://www.amazon.com/Sings-Glenn-Millers-Orchestra-Forces/dp/B00DSAUNQ0/ )

Here is one of the songs Mr. Malvin sang with Glenn Miller. It's a wonderful recording, and is from the CD Glenn Miller and the Army Air Force Band (Laserlight Digital).  The song, by Frank Loesser, is "What Do You Do in the Infantry."  The vocal group singing with Mr. Malvin--a group he organized, and sang with--is The Crew Chiefs. 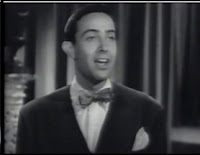 Here, too, is the link to a film of a lovely 1946 version of the Miller hit "Serenade in Blue," as performed by Tex Beneke and The Glenn Miller Orchestra, with Mr. Malvin handling the lead vocal.

And this is another song from 1946--"One More Tomorrow"-- featuring the singing of Mr. Malvin:

Beginning in the later 1950s, Malvin's oversaw his own vocal/choral group, and it was featured on various television programs. As noted in the Tim Brooks and Earl Marsh television encyclopedia, The Complete Directory to Prime Time Network and Cable TV Shows, 1946-Present (Ballantine Books), "The Artie Malvin Singers" were featured on The Julius La Rosa Show (1957, NBC), on Steve Allen Presents The Steve Lawrence-Eydie Gorme Show (NBC, 1958), and (as "The Artie Malvin Chorus") on The Pat Boone-Chevy Showroom (1958-1960).  In the early 1980s, Mr. Malvin's singers were featured on CBS's The Tim Conway Show.

In 1957, bandleader Jimmy Dorsey's record, "So Rare"--featuring Mr. Malvin's singers--was released.  It was a big hit, reaching #2 on the music charts; this was a couple of months before Mr. Dorsey's death.

The recording, Wikipedia notes, "became the highest charting song by a big band during the first decade of the rock and roll era." 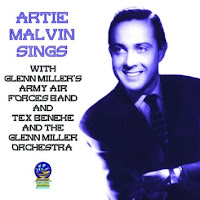 During the 1950s, Mr. Malvin was known for his cover recordings of hits by Elvis Presley, Bill Haley, and others.  In the 1950s, too, he appeared often on children's records, and through the years sang on many national television and radio commercials.

In the 1970s, he won two Emmy Awards (and was nominated for another), for special musical material he wrote for The Carol Burnett Show; he worked on the show from 1967 until 1978, the entire time the program aired.  He also received an Emmy nomination for musical material he wrote for a 1967 Frank Sinatra TV special, which also starred Ella Fitzgerald and Antonio Carlos Jobim.

In 1980, he was nominated for a Tony Award, for music and lyrics he contributed to the well-known Broadway revue Sugar Babies, which had made its debut in 1979, and which ran until 1982.

I would have loved to have had the chance to talk with Mr. Malvin.  In 2005, while rewriting my book about early television--a book I had originally completed in the 1980s, but which did not reach publication at the time--I tried to interview him.  He was not well, however, and was therefore unable to speak with me.  He passed away in 2006, at age 83.

(Photograph of Artie Malvin and Ray Charles, courtesy of Jan Malvin; still image of Artie Malvin taken from film of Tex Beneke and The Glenn Miller Orchestra, via YouTube)

A story in The New York Times, about tickets for baseball games--and some of the modern equivalents (via smartphones, and computer print-outs):

Posted by Andrew Lee Fielding at 11:30 AM