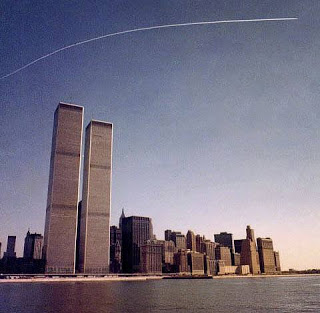 (Photograph, circa 1978; used by permission of artist Jenny Lynn.)
Posted by Andrew Lee Fielding at 5:39 PM

David Shields, J.D. Salinger, and the book "How literature saved my life"

A new biography/oral history is about to be published about J.D. Salinger;  I'm looking forward to reading it.  The book, which been getting a great deal of attention, in advance of its publication (September 3rd), is co-written by David Shields and Shane Salerno. Salerno is also the director of a documentary about Salinger, which will be opening in theatres September 6th (and will air on PBS in 2014).

Shields, who is an old friend from college, has written many other books, including the two non-fiction works The Thing About Life Is That One Day You'll Be Dead (Knopf, 2008), a best-seller, and the much-discussed Reality Hunger (Knopf, 2010).

(Please see a lengthy post about Reality Hunger, which appeared in 2010 on my other blog:
http://www.andrewleefielding2.blogspot.com/p/books.html.)

Shields's most recent book, prior to Salinger, is the non-fiction work How literature saved my life.  It was released this February (also by Knopf).

Shields is a terrific writer, and How literature saved my life is a fine book.  While the book is, of course, about literature, it is also very much about the self.  Such as:  the keen awareness of self, in relation to the writing and reading of literature (and the very personal ways texts are read, and responded to);  and the self, as it reads and interprets life beyond the page.

It is intriguing to me that Shields--who in his non-fiction, over time, has written, quite personally, about his life--is now the co-author of a book about J.D. Salinger, who for decades revealed so little about himself, publicly.

Yet there is this, concerning Salinger, in How literature saved my life:

"When I can't sleep, I get up and pull a book off the shelves.  There are no more than thirty writers I can reliably turn to in this situation, and Salinger is still one of them...What is it in his work that offers such solace at 3:00 A.M. of the soul?  For me, it's how his voice, to a different degree and in a different way in every book, talks back to itself, how it listens to itself talking, comments upon what it hears, and keeps talking.  This self-awareness, this self-reflexivity, is the pleasure and burden of being conscious, and the gift of his work--what makes me less lonely and makes life more livable--lies in its revelation that this isn't a deformation in how I think; this is how human beings think."