Eddie Lawrence was a wonderful comedian, most famous for his "Old Philosopher" comedy character (which first appeared in 1956, on one of his records).  He was also known for his acting--including prominent work on Broadway--and for his work as a writer, and painter.  In the late 1940s he studied with the artist Fernand Léger, in Paris.

Mr. Lawrence died in New York last week, at 95.  I was terribly saddened to read of his passing. 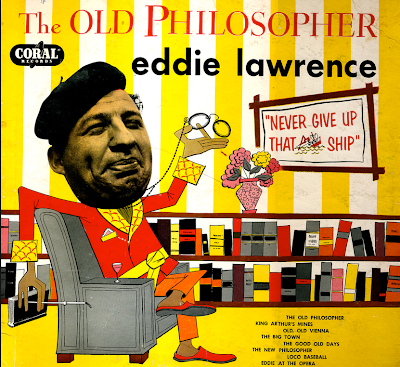 I interviewed him at length in the early 1980s, in his Manhattan art studio, for my book about early television.  He had been one of the writers of Kay Kyser's 1949-50 NBC television show, and appeared on the show regularly in comedy sketches.  He also wrote for (and appeared on) Victor Borge's 1951 NBC-TV program.

I am working on a follow-up book about early TV, and in 2011 was delighted to be able to interview Mr. Lawrence again, for the book, in New York.

Here are some of the comments he made about early television, in our 1980s interview, as they appear in my 2007 book:

“In those days, in live television,” performer and writer Eddie Lawrence said, in 1981, “every performance on the air was in actuality a dress rehearsal, because we had no opportunity to digest the material.” Yet Lawrence was not nervous performing on Kay Kyser’s show, as opposed to dramatic shows on which he acted during the early 1950s. The dramatic programs were performed without an audience; Lawrence disliked the accompanying silence, in the studios.

Yet, he would recall:


"When you had an audience, and it was comedy, it was easy.
. . . Because you got laughter. . . . In a musical comedy show
you can always somehow get back on track with an audience.
. . . It was just exciting, you don’t seem to forget your lines
under those conditions, with an orchestra, and an audience."
Posted by Andrew Lee Fielding at 4:41 PM

For the past couple of years, on St. Patrick's Day, I have posted a link to part of a performance, by my mother, on the television show Your Hit Parade.  I am posting it again today.

The broadcast--which took place live, on NBC--aired on March 15, 1952.  My mother sang "It's a Great Day For the Irish," and was joined, in the performance, by the Hit Paraders, the TV show's terrific vocal chorus.  The show's "Lucky Strike Orchestra" was led by the great Raymond Scott.

Mitchell Hadley's "It's About TV" 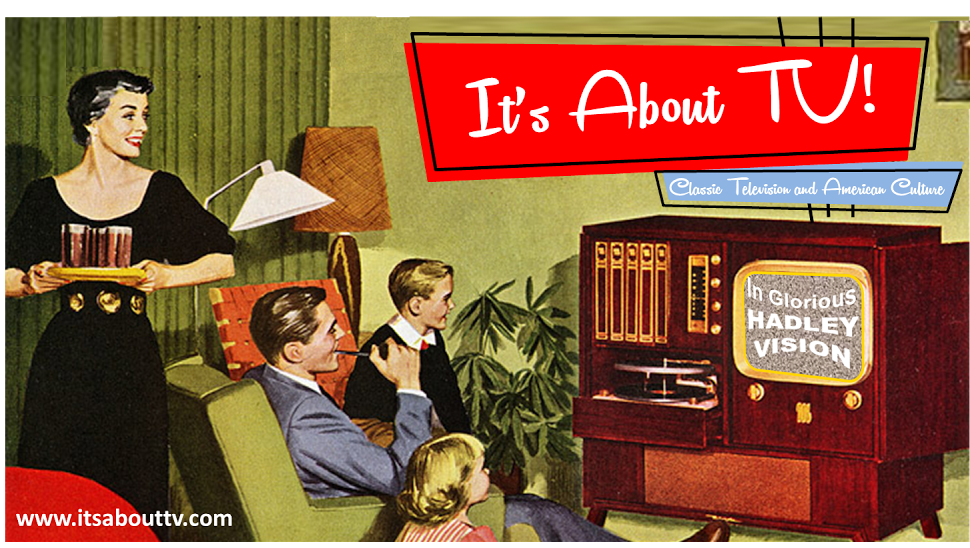 I'm quite touched by an awfully kind, generous, and sympathetic review of my book, which came out on Tuesday (March 4th). It appeared on "It's About TV" (www.itsabouttv.com), the very fine blog of writer, editor, critic, and "cultural archaeologist" Mitchell Hadley.

Here is the link for the specific post:  http://www.itsabouttv.com/2014/03/lucky-us.html
Posted by Andrew Lee Fielding at 6:21 PM 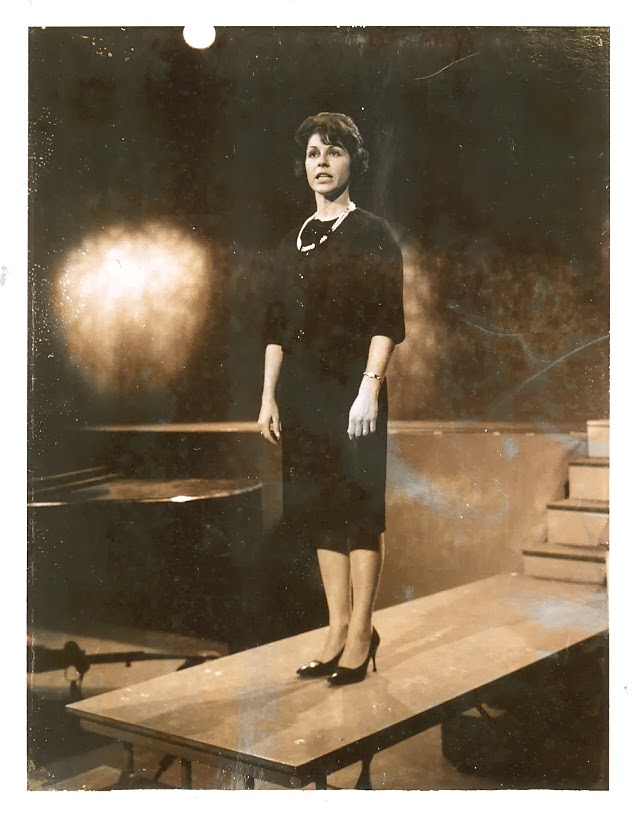 This is a photo from the 1960s, of my mother singing on a Boston television program.  I don't recall the name of the show, but remember that it aired weekdays on what was then WHDH-TV (Channel 5).  If I'm remembering correctly, she sang on the show occasionally, and was guest host for the show, once or twice, when the host was away/ on vacation.

I'm struck, in the picture, by the odd "runway" on which she is standing.  One can see stairs, behind her, which appear to lead to a main stage. Yet the runway is, obviously, simply a table (and not a particularly wide one), and I wonder if it felt at all precarious walking upon it.
Posted by Andrew Lee Fielding at 7:45 PM