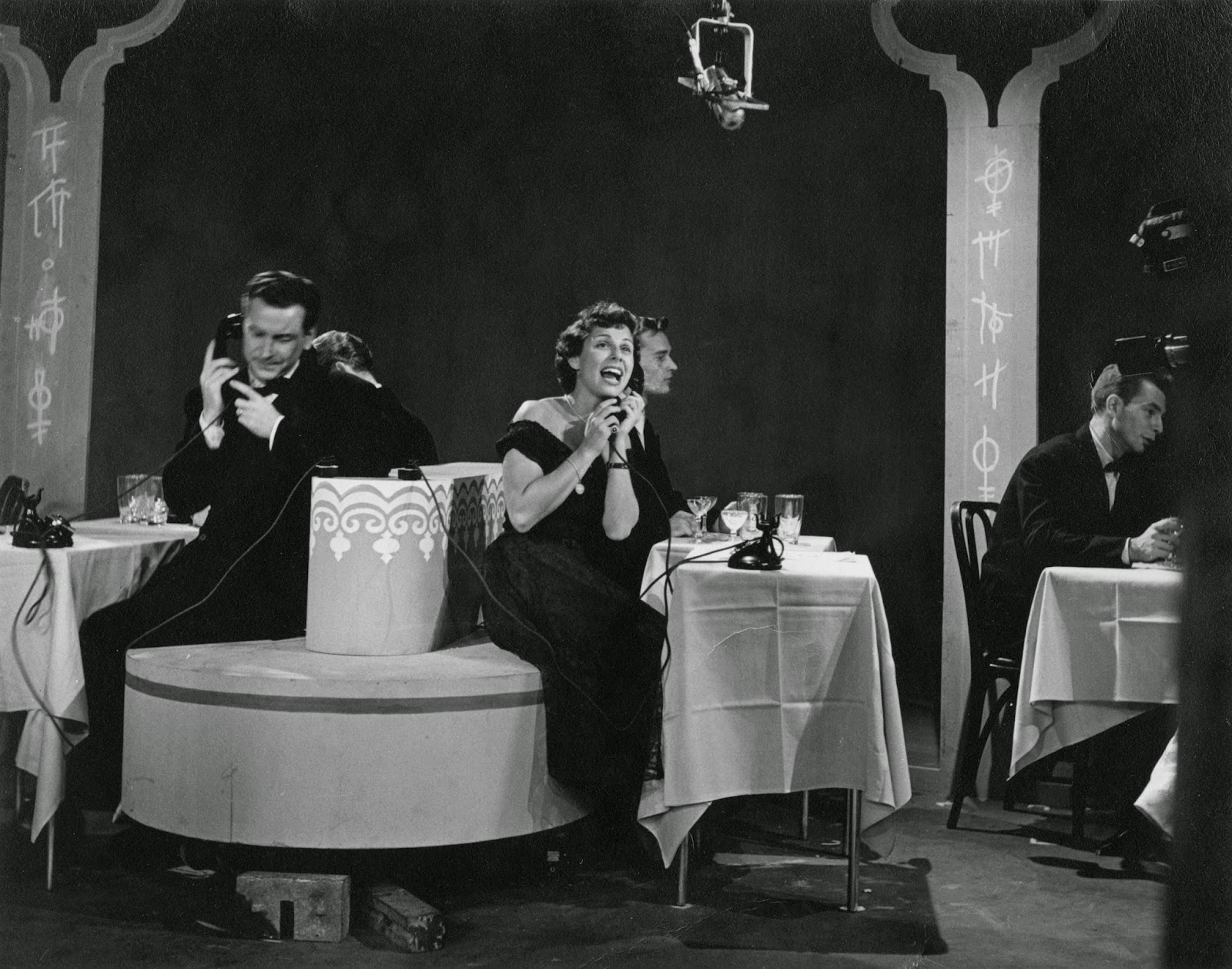 This is a rehearsal photograph from the September 22, 1951 telecast of Your Hit Parade, on NBC (the photograph appears in my book).  The song being performed was "Shanghai," the number five song on the Hit Parade survey that week.  The fictional scene was a nightclub, and the number featured singers Russell Arms, and my mother, Sue Bennett.

In a previous post, I noted that I am no longer a host at the Internet radio station "Radio Once More." Last Sunday night, the station dropped my Thursday night program from its schedule.

The ending of my show was not the station's only change, last weekend. The previous day, my friend and colleague Kathleen Meola--the Monday night co-host on "Radio Once More"--had chosen to leave the station.

Kathleen was one of the radio station's most enjoyable, and one of its most popular, personalities. I wish her all the best.
Posted by Andrew Lee Fielding at 11:46 PM

Have been enjoying watching the mystery/crime program Gracepoint, on Fox television.  The show, a ten-episode series, stars David Tennant and Anna Gunn.

I've been the host of a weekly talk show on "Radio Once More," the Old-Time Radio and nostalgia-oriented Internet station, since the spring of 2011.

The radio station and I have now parted ways.  I enjoyed, immensely, being a part of the station, and I wish "Radio Once More," and its listening audience, the very best.
Posted by Andrew Lee Fielding at 11:09 AM

I've written previously, in this space, about my friends Morgan White Jr., and Mel Simons.  Both are trivia experts, authors, and entertainers; both have appeared for years--Morgan as a host, Mel as a guest--on Boston's WBZ Radio.

Since November of 2013, Morgan has been the host of The Morgan Show, heard Saturdays on WBZ, from 10 p.m. to midnight (Eastern time).  This week, Mel will be his guest.  The program will feature Mel's "Audio Clip Trivia Quiz," in which listeners are asked to identify well-known voices (as heard, for example, on records, or radio and television programs).  Mel will also be discussing his just-released book, The Comedians Trivia Book.  It is the 11th title he has written for BearManor Media.

To listen to The Morgan Show, please visit this link: