The following link is for a video, from 1953 (actually, to be more precise, it is from a television broadcast, and so would therefore be a video made from a kinescope), of Dorothy Collins, one of the stars of Your Hit Parade.  In the video, she is accepting the Peabody Award that the Hit Parade was given, for the year 1952, in the entertainment category (along with NBC's Mister Peepers, which starred Wally Cox). 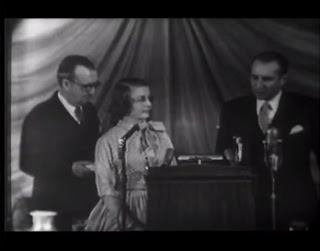 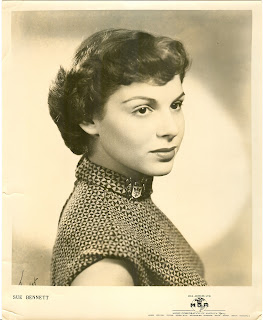 This was a publicity photo, from my mother's time on television in New York; it was taken at some point between 1949 and 1952.
Posted by Andrew Lee Fielding at 3:47 PM