My appreciation to Mitchell Hadley, who writes the very enjoyable blog "It's About TV."  His December 31st post includes some very kind comments about my book: 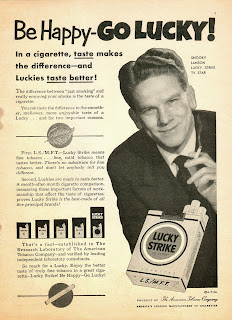 The ad is from a Metropolitan Opera playbill/program.